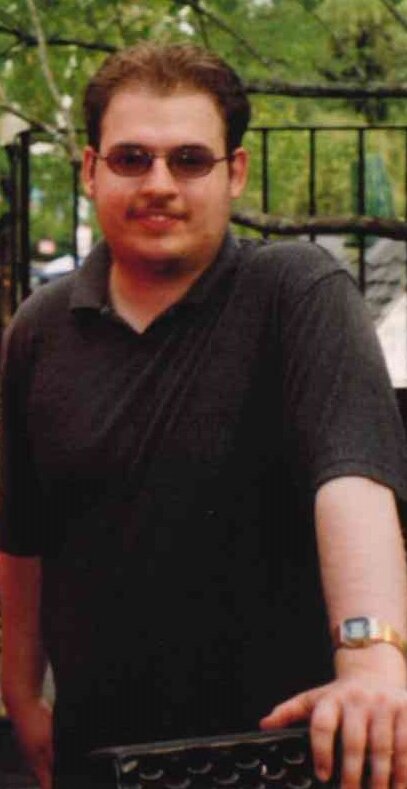 Please share a memory of Jonathan to include in a keepsake book for family and friends.
View Tribute Book

Jonathan Harry Gordon, of Liberty, NY passed away on September 28, 2022, after 3-years courageous battle against esophageal cancer. He was 37 years old.

Employed by Frito Lay in Liberty, NY, Jonathan was partners with his Uncle Robert “Bob” Gordon for BHM Metal Products and Industries for the past 20 years. Military Prime Contractor for the government with Premier Pan Company in Pittsburgh, PA. Jonathan was a tool designer, a metal manufacturing of precision metal stamping and assemblies. Also, he was a software product developer, mathematician, and scientist. He was a Master Fly Fisherman and a member of the Brotherhood of the Jungle Cock, who completed a comprehensive, six-year certification process.

Jonathan was doing research therapies for cancer with surgeon Doctor Robert Elliot of Baton Rouge, Louisiana, by using David Wales' special manufacturing techniques by the American Biosciences of Harbony Company in Blautvelt, NY, Jonathan was able to use wheat germ and mushroom extract therapies for chemotherapy with great success, normally prolonging his quality of life for 3 years, and Scalar Field Technology research with electromagnetic waves amplifying the body’s natural healing system against cancer and other diseases. Jonathan leaves behind his parents, Jim and Star Gordon; his brother James C. “Jamie” Gordon: his uncles Robert Gordon, William Gordon and his wife Sally, Ed Macchia and his wife Debra, his Aunt Fran Napoli; and his cousins, Jacob Gordon, who was like a second brother to him, Dean, Staci, David, Julie, Gina, Gary, Jessica and Amy.

Jonathan was predeceased by his uncles Charles Macchia and Ronald Napoli; his aunts Claudia Gordon and Linda Macchia; and his grandparents Nicholas and Viola Macchia, and Bernard and Marilyn Gordon; and his great grandparents (namesake) Harry and Molli Bold Gordon. A visitation will take place on Saturday, October 1 from 5-7 pm at Colonial Bryant Funeral Home, 29 Pearl Street, Livingston Manor, NY. A funeral service officiated by Rabbi Joseph Kolakowski will be held on Sunday, October 2, at 11 am at the funeral home, followed by interment at the Liberty Cemetery, Cold Springs Road, Liberty, NY.

Look inside to read what others have shared
Family and friends are coming together online to create a special keepsake. Every memory left on the online obituary will be automatically included in this book.
View Tribute Book
Share Your Memory of
Jonathan
Upload Your Memory View All Memories
Be the first to upload a memory!
Share A Memory
Plant a Tree