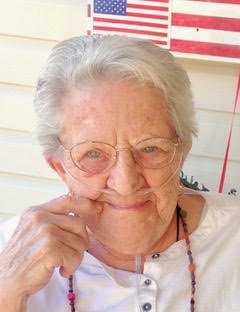 Edna Beaman, of Monticello, passed on to be with the Lord on February 10, 2021 in Glens Falls, New York with her son and daughter by her side.

Edna was born in Brooklyn, New York on December 21, 1929.  In search of a better life for her two young children, she moved to Monticello, New York where she raised them.  Edna was a generous and caring mother who worked tirelessly to provide for her family.  She worked at the Concord Hotel for over two decades, starting as a housekeeper and retiring as the supervisor of housekeeping. For a brief period after retirement, Edna and her husband, Charlie, owned and operated the “This and That” thrift store on Broadway in Monticello, where they gave away more things than they sold.  After Charlie passed, Edna spent some time in Largo, Florida and eventually settled in Saratoga Springs, New York to be with her family.

Edna was an amazingly humble person who never forgot where she came from and after surrendering her life to the Lord later in life, always knew exactly where she was going.

Services were privately held by the family.  Edna was laid to rest at the Sullivan County Veteran’s Cemetery with her late husband Charles.