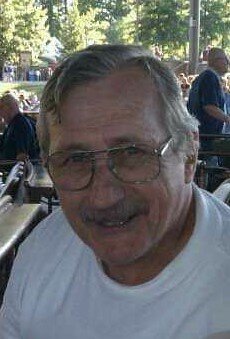 Please share a memory of Richard to include in a keepsake book for family and friends.
View Tribute Book

Richard was born to Richard and Agnes Brown in 1943. After high school, Richard worked at Shopwell until  he was drafted into the US Navy and served 3 years during the Vietnam War. Once he returned home from serving his country, he resumed working at Shopwell, from which he then worked driving a mail truck to later on becoming a Correctional Officer. After 25 years as a Correctional Officer he retired. Richard was also a volunteer firefighter for White Lake and Monticello Fire Departments.

Richard was interested in construction and wood work. During his down time Richard built the addition on his home in Monticello, NY. After retirement he enjoyed sudoku puzzle books, spending time with family and friends, and going out to eat at diners to talk with everyone he met.

A visitation will take place on Tuesday, October 25, 2022 from 6-9 pm, at Colonial Memorial Funeral Home, 396 State Route 52, Woodbourne, with a Military Service at 8 pm followed by a funeral service with Rev. Dave Coon.

Arrangements are under the care of Colonial Memorial Funeral Home, 396 State Route 52, Woodbourne, NY. For additional information, contact the funeral home at 845-434-7363 or visit www.colonialfamilyfuneralhome.com.

Look inside to read what others have shared
Family and friends are coming together online to create a special keepsake. Every memory left on the online obituary will be automatically included in this book.
View Tribute Book
Share Your Memory of
Richard
Upload Your Memory View All Memories
Be the first to upload a memory!
Share A Memory
Plant a Tree