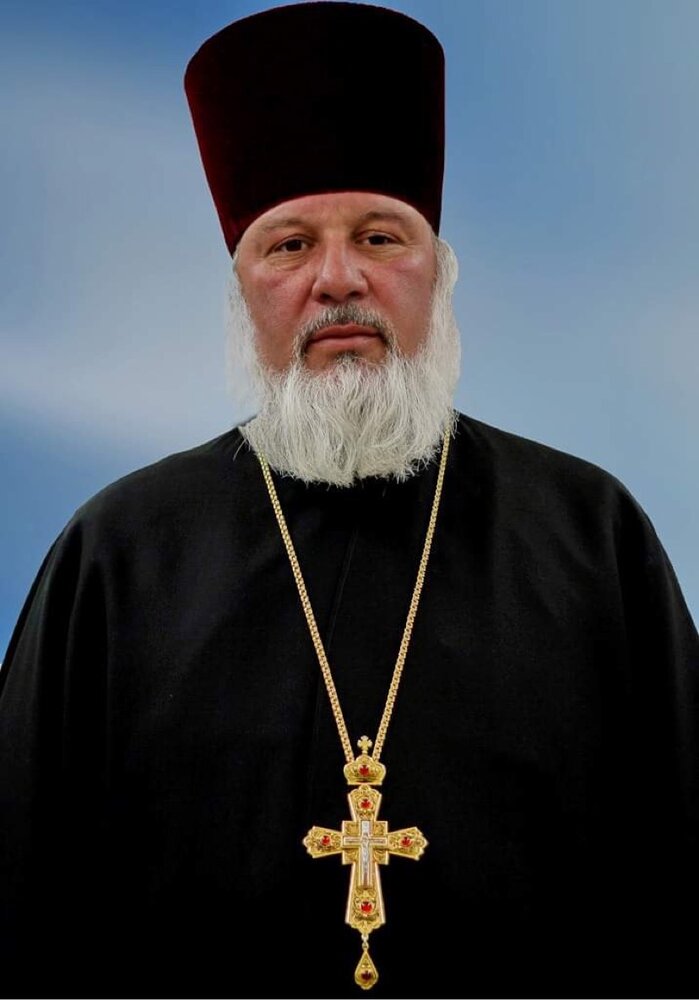 Please share a memory of Archpriest Nikolai to include in a keepsake book for family and friends.
View Tribute Book

On October 20, 2022, after a severe injury and prolonged recovery, rector-emeritus of the Church of All Saints at the Patriarchal Metochion in Pine Bush, NY, Archpriest Nikolai Babijtchouk, reposed in the Lord.

Archpriest Nikolai Babijtchouk was born on October 10, 1957 in the village of Kizya in Ukraine. He was the first born of six children to Volodymyr and Tetyana Babijtchouk. After graduating from school and serving in the navy, he married Ekaterina Dudchak, in 1979, who was a faithful companion and assistant to Fr. Nikolai in all places of his ministry. Fr. Nikolai and Matushka Ekaterina raised three daughters, Tatiana, Elena and Olga who became faithful helpers in his parish service. On March 8, 1985, as a student at the Moscow Theological Seminary, he was ordained by its rector, Bishop Alexander (Timofeev) of Dmitrov, to the diaconate, and on October 6 of the same year, a priest. In 1987, after graduating from seminary, he served in the parishes of the Khmelnytskyi diocese in Ukraine. By the decision of His Holiness Patriarch Pimen and the Holy Synod of the Russian Orthodox Church in February 20, 1989, he was appointed rector of the Church of all Saints in Pine Bush, New York. Fr. Nicholas’ zealous service was celebrated by the hierarchy of the Russian Orthodox Church with many ecclesiastical and church-wide awards, including the right to wear a mitre, which Fr. Nicholas was awarded by His Holiness Patriarch Kirill of Moscow and All Russia on Holy Pascha, 2010.

Arrangements are under the care of Colonial Memorial Funeral Home, 396 State Route 52, Woodbourne, NY 12788. For additional information, please contact the funeral home at 845-434-7363 or visit the website at www.colonialfamilyfuneralhomes.com.

Look inside to read what others have shared
Family and friends are coming together online to create a special keepsake. Every memory left on the online obituary will be automatically included in this book.
View Tribute Book
Share Your Memory of
Archpriest Nikolai
Upload Your Memory View All Memories
Be the first to upload a memory!
Share A Memory
Plant a Tree