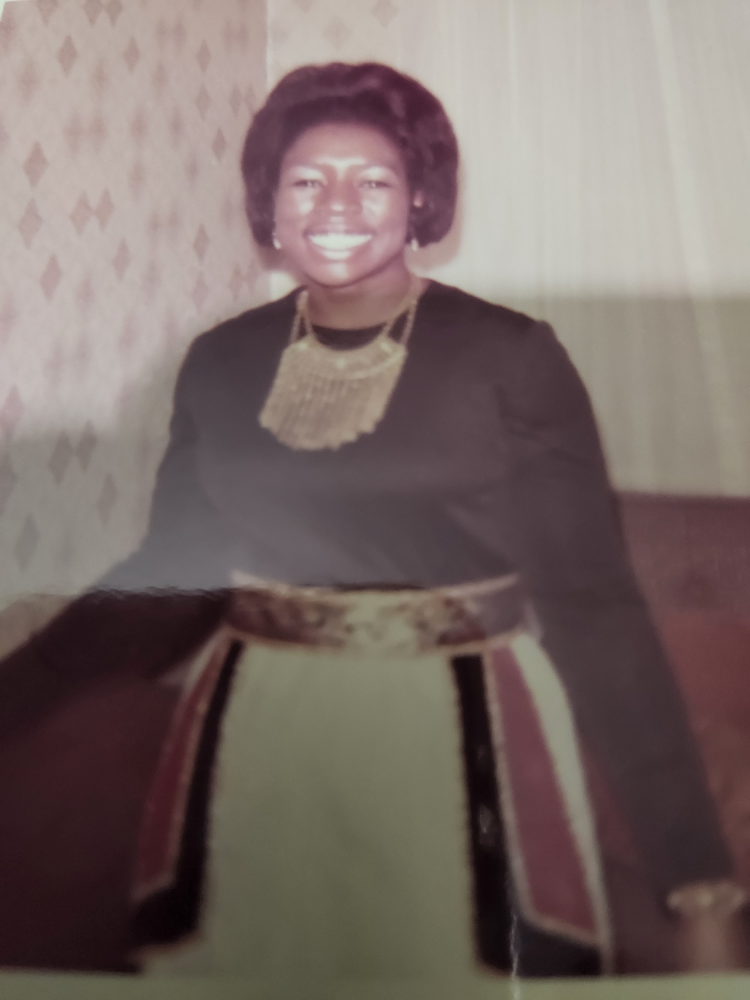 Please share a memory of Gloria to include in a keepsake book for family and friends.
View Tribute Book
Gloria "Glo", was born May 2, 1930 is the third child born to Clifton "Nick" and Annie Durant. She attended grade school in Goldsboro North Carolina at the East End elementary School, (then named East End Grammar School), and Dillard High School. She furthered her education at Sullivan County Community College and The New York State University at New Paltz. She was employed as a substitute teacher by Monticello, New York Central Public School System until her health declined. Gloria was married to Wilbur Whitehead, the love of her life. Gloria is the mother of two children, Sandra and Linwood. Before becoming a substitute teacher in the school system, Gloria worked many years for Moe and Ann Kaplan in their home and at Kaplan's Restaurant and Delicatessen. She later became Ann's caregiver until Ann's death. During Gloria's years of employment at Kaplan's Restaurant and Delicatessen, several others of her family members worked there as summertime employees. Gloria was a member of Shiloh Baptist Church in Ellenville, New York. Gloria was an active church member, a community worker and in youth projects. She served several years as President of the Women's Auxiliary for 543 churches in the Central Hudson Baptist Association. In 1992, she ran for the Village Trustee unsuccessfully. Gloria travelled extensively in the United States and abroad. Of all of her travels, her favorite trip was to the Holy Land in Israel. Gloria loved her health care aid Debbie. In all of her conversations, she would regularly comment on how well Debbie cared for her and extend her concern for Gloria well beyond what was required. Thank you Debbie for years of compassionate care. We are also forever grateful to Gloria's neighbor, Cheryl, and her longtime friend Mary Gunther who generously assisted Gloria when she required additional support. On August 29, 2022 at Garnet Medical Center Hospital, she went home to be the Lord. God gave Gloria her wings and told her to soar welcoming her into the open arms of her Savior. We thank God for allowing us to be the family he chose for her. She leaves to cherish her precious memories a loving husband, Wilbur Whitehead. A devoted Daughter Sandra Hubert (John), a devoted Son Linwood Durant (Brenda) and Sharon Haddock and Earl Wearing. Seven Grandchildren, Michael (Tawana) and Eric Durante (Tajheia), Gregory and Amy Kristina Herbert, Keisha and Keith Haddock, Kaleb Williams along with five Great Grandchildren. A devoted sister Delores Bradley (Walter); three brothers, Kenneth Durante (Charlotte); Jimmie Durante (Montrose); Clifton Durante Jr (Vickie). Many nieces, nephews, cousins, relatives, in-laws and friends mourn her loss and will always remember her. A funeral service will be held at 11am on Saturday, September 10, 2022 at First Baptist Church, Main Street, South Fallsburg, NY 12779. Burial will follow at Hurleyville Cemetery, Hurleyville, NY. Arrangements under the care of Colonial Memorial Funeral Home, for further information call 845-434-7363 or visit www.colonialfamilyfuneralhome.com
To plant a beautiful memorial tree in memory of Gloria Whitehead, please visit our Tree Store
Saturday
10
September

Look inside to read what others have shared
Family and friends are coming together online to create a special keepsake. Every memory left on the online obituary will be automatically included in this book.
View Tribute Book
Share Your Memory of
Gloria
Upload Your Memory View All Memories
Be the first to upload a memory!
Share A Memory
Plant a Tree