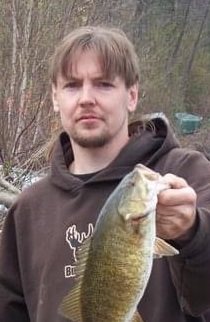 Richie was born on February 23, 1978 in Harris, NY to Richard Shaver and Patricia Wood Shaver. He was employed as a mechanic at PepsiCo in Liberty. He was an outdoorsman whose favorite pastimes included BBQ's,hunting, fishing, and camping. His favorite thing to do was to be with his family, play with his children and grandsons, he loved watching his children play sports. Richie liked help others, if someone need help he was always right there for them. Richie was a devoted family man who lived his life for his wife, Angie, their children and grandchildren. He adored them all with his whole heart. He will be deeply missed.