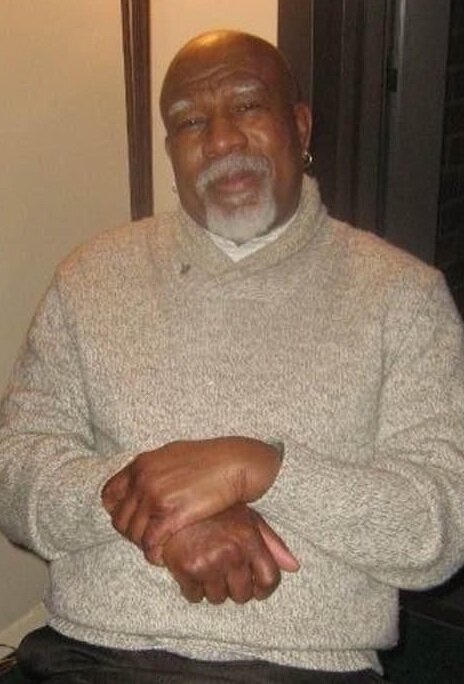 Please share a memory of Ronald to include in a keepsake book for family and friends.
View Tribute Book

Ronald Franklin “Moose” Moore, son of the late Frank Moore and Dora Moore, was born May 17, 1941 in Jersey City, NJ. A loving husband, father, brother, uncle, grandfather and friend peacefully left this world on February 19, 2022, at the age of 80 surrounded by his loved ones.

After graduating high school, Ronnie pursued his dream and on November 8, 1961, he enlisted into the United States Marine Corps. moose would always say “once a Marine, always a Marine.” Every time a Marine commercial would come on TV, he would stand up and salute.

In 1965, he met and started dating the love of his life Mary E. Titus. On January 14, 1964, they married. Mary supported Ronnie during his hey-day and lovingly supported him physically during their last days together.

In 1968, he became one of New York’s finest, when he joined New York Police Department. Ronnie retired as a Detective in 1986. He loved being a police officer. After retiring from NYPD, Moose delved into several careers. He worked as a truant officer, a football coach and worked for the Parks and Recreation Department in Liberty, NY and also went to school and became a licensed Practical Nurse.

Moose was full of life, friendly and his cool demeanor had an impact on everyone he met, he had an uncanny ability to reach people in a deep and positive way. Most importantly, he had an eternal love for his family. He loved his nieces and nephews like they were his own children. He was the best father and uncle you ever met.

He is survived by his loving wife Mary E. Moore of 55 years; his son Robert Payne; his daughter Ronda G. Moore; his grandchildren Tiffany Motley, Talon R. Watson, Zayne J. Watson; his great-grandson Jaden Motley-Byrd; and was uncle/dad to Tracy Titus and Daudi Titus. He is also survived by a host of nieces and nephews, relatives and friends.

Memorial contributions can be made in the memory of Ronald Franklin Moore to Hospice of Orange and Sullivan Counties, 800 Stony Brook Ct. Newburgh, NY 12550 and to the First Baptist Church of South Fallsburg, 5258 Main Street, S. Fallsburg, NY 12779.

Look inside to read what others have shared
Family and friends are coming together online to create a special keepsake. Every memory left on the online obituary will be automatically included in this book.
View Tribute Book
Share Your Memory of
Ronald
Upload Your Memory View All Memories
Be the first to upload a memory!
Share A Memory
Plant a Tree