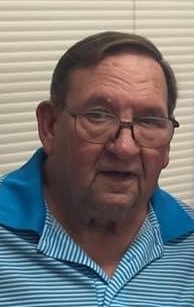 Please share a memory of Milton to include in a keepsake book for family and friends.
View Tribute Book

Milton Thomas Ratner, 77, passed away in the early morning hours of January 8, 2022 peacefully at his home with his good friend and caregiver Scott Huggler, after a long battle with Parkinson's.

Milton worked as an Operating Engineer for the Local 825 for more than 40 years. He was a long-standing member of the Liberty Elk's Club and the Old Bastards. His favorite past time was fishing and camping. He was always helping out with the Elk's Club kids ice fishing contest or deep-sea fishing with his best friend Billy Weston.

In addition to his parents, Milton was preceded in death by his loving wife of 42 years Beatrice Ratner, Sister Karen McLoughlin and Brother Michael Ratner.

Visitation will be held on Thursday January 13, 2022 at Colonial-Ramsay Funeral Home 275 S. Main Street Liberty, NY at 11 AM to 12 PM. A funeral service will be held at the funeral home at 12pm. Interment will follow at Parksville Cemetery, Parksville, NY. Family and Friends are invited back to the Elks Club at 21 St. John Street Liberty, NY 2PM to 5 PM for a celebration of life.

In lieu of flowers, memorial donations may be made to Garnet Health Heart-A-Thon 2022 Contact Jodi Goodman at (845)333-8785 to benefit Garnet Health Catskill Cardiology Department.

To plant a beautiful memorial tree in memory of Milton Ratner, please visit our Tree Store