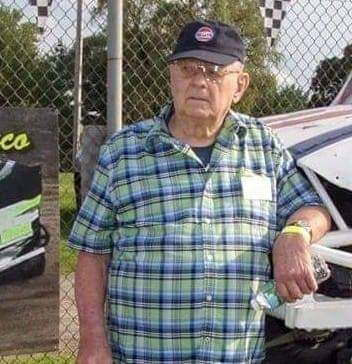 Raymond proudly served his country in the US Army during the Korean Conflict. Raymond worked as a truck driver for Quickway Metals in Monticello, NY. His love for being behind the wheel did not stop with his career, he had been involved in dirt track racing since the 1950's. He was the proud owner of a vintage 1940 Chevy Business Coupe which is still racing today by his son Michael. He was a founding member of the Northeast Vintage Stock Car Club, a member of the Midstate Vintage Stock Car Club and participated in the Mohawk Valley Vintage Dirt Modifieds and Dirt Modifieds Nostalgia Tour. In 2021 he was inducted into both the Accord Speedway Hall of Fame and the Hudson Valley Historical Racing Hall of Fame. He was a loving husband, father, grandfather, great-grandfather, great-great-grandfather, brother and friend to all who knew him. He will be deeply missed and fondly remembered.

He leaves behind to cherish his memory, his wife Thelma (Houghtaling) Cole, whom he married on February 10, 1951; his children Ellen Bertholf of North Carolina, Lorraine Dolgas and her husband Thomas of Vermont, Michael B. Cole and his wife Lori of Neversink, and Wendy Cole-Dean of Loch Sheldrake; seven grandchildren, four great-grandchildren, one great-great-grandchild; siblings Lee Cole of Florida and Pat MacArthur of Ferndale; as well as his extended racing family. He is predeceased by two grandchildren Chad and Kurt Bertholf and his son-in-law Marvin "Mike" Bertholf.

A graveside service will be held at 2pm on Saturday, September 25, 2021 at Claryville Cemetery, with full military honors.

Donations in Raymond's name can be made to Sullivan County Veterans Coalition, P.O. Box 1527, Monticello, NY.

To plant a beautiful memorial tree in memory of Raymond Cole, please visit our Tree Store