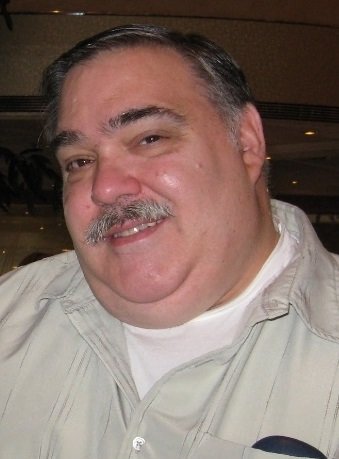 Eric Patete passed away suddenly on Tuesday, June 29, 2021 at Garnet Health Medical Center with his family by his side. He was 67 years old.

The only son of the late Ralph Patete and Inez Ferrari, he was born on August 28, 1953 in The Bronx, NY. He worked for the NYC Transit Authority for over 30 years.

Eric was a great father, wonderful husband and a hard worker. He could be very opinionated and, although he had a sarcastic personality, he had a heart of gold and would do anything for his family and friends. He was always willing to lend a helping hand (or his tools!) for any project that his sons or his friends were working on.

Eric spent his days looking forward to visits with his family, especially from his beautiful little granddaughter who loved her "grandpa". Anyone who met him would know he was a devoted grandpa and be shown the latest picture of his granddaughter which he had over 1500 pictures in his phone.

He leaves behind his wife Deborah, his son Jonathan, his son Christopher and his wife Kimberly, his granddaughter Mackenzie, his canine companion Cuddles, his sisters-in-law Diane and Doreen and his brothers-in-law Andrew and Nick, his goddaughter Amanda and his cousins Bernadette and Ludwig.

Arrangements were under the care of Colonial Memorial Funeral Home for further information please call 845-434-7363 or visit www.colonialfamilyfuenralhome.com.