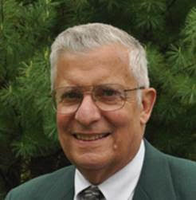 Stanley Sylvester Jacobs of Bedford, NH, formerly of Liberty, NY, passed away on Tuesday, November 9, 2021 at Elliot Hospital in Manchester, NH. He was the son of the late Nelson and Marie Brustman Jacobs, born on February 16, 1938 in New York City, NY. After living in New York as a child, Stanley returned to Liberty where he met and married, the love of his life, Katherine (McGraw) Jacobs. He proudly served our country in the United States Marine Corps. from 1957-60. He received his Bachelor degree from the State University of New York at Oswego and a Doctorate from the University of Maryland at College Park and held teaching positions at the University of Pittsburgh and the American College. His love for the Catskills and the outdoors had him return to Swan Lake in the early 1970s where he built a beautiful home for his family while running the McGraw Lumber Company in Woodbourne, NY. After the untimely death of his wife Katherine in 1990, he returned to academia where he was a professor and department head at Villanova University. At Villanova, he was particularly proud of his directorship of the Graterford Program which offers incarcerated people the opportunity to obtain a college degree to prepare them for after their release. Stanley was an avid hunter, fisherman and trapper. He enjoyed competing in the chainsaw competitions at Grahamsville Fair and running around the woods as part of his work. He read voraciously and was an amazing story teller. He designed and built an 100% self-sufficient industrial wood drying kiln. Stanley had a long and fruitful life. He will be sorely missed. He was predeceased by his wife Katherine Jacobs (1940-90) and his son Michael Jacobs (1962-69). He is survived by his loving children Chris Jacobs and his wife Linda; Wendy Fuller and her husband Glenn; his grandchildren Bruce Fuller, Amber Fuller and her spouse Erin Borel, Emma Jacobs and Sarah Jacobs; his siblings Janet Cohen, Mary White, Betty Goccia and Eileen Andolina; and a host of nieces, nephews, cousins and friends. Visitation will be on Friday, November 12, 2021 at Colonial Ramsay Funeral Home, 275 South Main Street, Liberty, NY 12754 from 11:00am-2:00pm. A funeral service will be held at the funeral home at 2:00pm with Father Ed Bader officiating. Interment will follow at St. Peter's Cemetery, Liberty, NY with full military honors. Arrangements were under the care of Colonial Family Funeral Homes, for further information please call 845-292-7160 or visit our website at www.colonialfamilyfuenralhome.com.